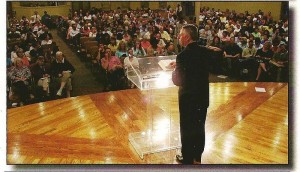 That is an interesting question that came to my box a little while ago. The preacher had visited my Soul Preaching website where I seek to teach the fundamentals of the Black Preaching Tradition. The questioner was an Adventist local elder who wanted to improve his sermons, but wondered where can he plug the “Adventism” into them. The questioner rightly noted that the Soul Preaching website is an interdenominational resource that does not teach the doctrines of any body.

But the question remained. It was an interesting one for me who has studied homiletics. I immediately began asking some interesting questions and interacted with some assumptions that many have. First, how many Adventists have you heard condeming thsoe who are not of that faith for preaching sermons that “don’t say anything.”

What is it to preach something? Some people think that a lecture on religious themes is a sermon. How many of you have listened to a preacher of that school. You end up with a long 60 minute distilling of a doctrine that is meant to enlighten the mind. Yet the heart is unstirred. Often these lectures have very little practical value. At the end of the day, tell me how this doctrine you are preaching makes a difference in my daily life. That is your job preacher.

Another issue that might be going on is that the questioner might be thinking that the worship sermon is the only time to teach doctrines. So we must do it then. It is very problematic to try to have the preaching moment to be your whole training. What about Sabbath School? Do you use that as a traning opportunity or simply a preaching opportunity for your local elders? What about Wednesday Night Prayer meeting. I like how our Baptist sisters and brothers normally call this Wednesday Bible study. Do you have prayer? Do you have study?

I am actually hearing about churches around doing training of their members. Here in Nashville Riverside SDA Church under Furman Fordham seems to have a training program to get people on the right track. The point that I am making is that it is unreasonable to expect the one hour worship sermon to bear the brunt of the theological training in a church.

But more than that, should it even be. I would argue that the sermon should foster an encounter between the people, God, and scripture. It should not be simply to learn facts for the mind. It should be an encounter that is informed by theology and the other things that we have learned, but no it is more than that. It is a time for the intellect and the emotions to celebrate the good news of God’s reign on this Sabbath day.

So know and understand your theological understandings which includes Biblical wholeness (State of the Dead). Yes, go head on and get a deeper understanding of the theology of Sabbath and its great need at this time. Yes understand your theology, but don’t just preach it. Yes preach it, but then always take the time to Celebrate it. Turn the page. Be the Cheif celebrator of the implications of the truth you have presented in the sermons.

Yes, I am calling for you to tell your people what these doctrines mean. Don’t just tell them to me and tell me I better beleive them and sit down as if you have done something. No work to foster an experience with the Lord whom we understand better because of something about the Sabbath.

So step one…stop thinking that an Adventist sermon is a Bible study that gives proof texts for a doctrine….

So I would argue that the whole idea of a sermon as merely a lecture is preoblematic. But then we have the other side where doctrine plays no part in the

In the mythology of Adventism it is told that Adventists were once called people of the Book. Alegedly, during this time, you could pull just about any member aside and ask that one for a text that teaches the Adventist understanding of the Sabbath, State of the Dead, or Sanctuary and any could give that to you. I am not sure if this day really ever existed or if it is simply something that seeped into our collective memory without really having any basis in fact.

At any rate, I was listening to a few preachers who seems to buy this idea totally. They not only believe that it was true at some point in the past, but they also believe that it is true right now. One preacher literally said that today you could grab any Second Advent believer and that one could still recite a text to defend 1844, Sabbath, state of the Dead, or any other doctrine. The preacher further stated that Adventists spend too much time worrying about and thinking about the doctrines of the church. They said that Adventists can quote the text, but do not know the author of the text. The preacher then concluded that we need to know Jesus more than we need to know the doctrines.

Really I wonder where these people are living. I doubt you could find many people who could explain these doctrines even without texts. I mean who can tell you what the Sabbath is for? Certainly they may tell you something about the 7th day, but then they are out of ideas. Is that knowing too much doctrine? How many Adventists really could explain anything at all about the Sanctuary? Whether you agree with the Adventist understanding or not, we all would agree that very few could tell you more than a vague notion that something happened in 1844 that they can’t explain the relevance.

While I do not know every Adventist, I doubt very seriously that you could go into many Adventist churches in America and get just about any to tell you why they believe what they claim to believe. It is true that Jesus needs to be the center of all our doctrinal teaching. But these preachers have given a missed diagnoses of the problem for the days of Biblical literacy in and outside of our church are gone, if they ever really existed. So what can we do?

Preachers need to preach from the Bible. I think that the common preaching type that we have learned from our “evangelistic sermons” is to jump all around the Bible. We read a text here and a text there. Certainly this can be good and needed, but do not use too many texts. What happens is that the people leave without a solid understanding of any one of the texts. Take one text, explain it, use a few texts to help explain the major text.

I was reading somewhere where more and more churches are emphasizing the reading of the scripture. One way to combat the illiteracy is to read and explain the texts. We need solid preaching, but we need more than sermonizing. In addition to sermonizing we need teaching. Wednesday night can become an evening of prayer and study. Sabbath School can become a real learning experience rather than a way for novice preachers to preach to a captive audience.

You know, One of the great components of the Black Preaching Tradition is that it has a tendency to preach the great stories of the Bible. Our White brothers and sisters are more inclined to use the didactic portions. The nice thing about the stories is that they go deep into your head.

As long as we continue stating what is not true, we can never deal with the true ailment. Adventists do not know the doctrines at the expense of our relationship with the Master. Adventists need a closer relationship with the Master as well as need more knowledge of doctrines and the Bible. Maybe then we can have substantial conversations about the Sanctuary. Maybe then we can start talking about the Sabbath beyond simply saying it is the Seventh-day.

Simply put, we are like everybody else. We don’t know the Bible, we can’t find texts, and even quite conservative Adventists can’t explain the doctrine of 1844 let alone calculate it from the scriptures. Yet for some reason we think we know what we don’t know…and preachers who promote this mythology almost obliterate the reality that we don’t know squat. Yes we need to know Jesus, but how many of us have any idea of what the Bible says about him? In short, we don’t know…we think we know…and nobody is helping us to know. Now that is a recipe for disaster…