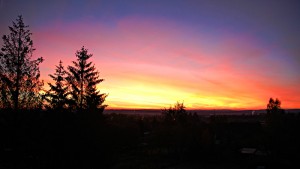 Spectrum Magazine put up a post on reflections on the death of Osama bin Laden. I decided to post mine here. When the news flashed that President Obama was to make a speech, Then President Obama announced that Osama bin Laden, the one who was behind the 9-11 attacks on the American twin towers, had been killed.

I see my jubilant sisters and brothers sing the praises of our President for his work that ended in the death of this wanted man.

Celebrations of Defeating the Symbol of Evil

The collective exhale of relief soon gave way to Christians looking at jubilation. and some questioned whether it was a valid response to celebrate the death of this one that many saw as the epitome of evil.

These individuals quickly got uncomfortable at the celebrations and soon we saw the biblical record referred to as many quoted Proverbs 24:17 telling us not to gloat over an enemy. Another Ezekiel 18:32 where god takes no pleasure in death of anyone. And of course Ezekiel 33:11 where God takes not pleasure in the death in the death of the wicked.

Bible Does Have Celebrations of Evil Defeated

Certainly there was a stark contrast between the jubilation we saw among some and these texts that call for a different response. Well then a counter attack came from other Christians with other texts. 2 Chronicles 20:27 seems to demonstrate that God’s people did just that int he old Testament. I am sure that the “rejoicing over their enemas” looked a lot like what we see happening in the United States.

But at the end of the day, I just don’t feel right celebrating the death of anyone. I don’t feel right declaring “welcome to hell” as the Baptist minister former presidential candidate Huckabee did. I had a sense of sadness come over me after the other feelings left.

Is this all there is? Is this all we have to look forward to? Will we simply celebrate “payback?” After seeing the towers go down and the 3K die there. After seeing the deaths caused by the attempts to find him and the wars started in the name of finding him. After all of this, we can say “we did it.” But we still find ourselves in a world where “might is right.” We still find ourselves in a world where pain reins. We still have fear for our children to live in a world like we have.