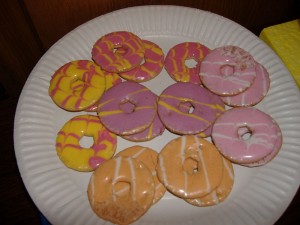 A little while ago the Religious News Service put out an article about Seventh-day Adventism being the fastest growing church in North America. On Facebook it appeared that a huge percentage of Adventists were sending links to this article all over the place.

Here is a link to that article.

Well it turns out that while Adventism is growing…it was not as much as originally thought. In addition, it appears that it might be based in immigrants. Here is the Christian Century’s article. It appears as though the 4.3% growth rate has been fixed in the original articles to 2.5%.

Growing But Not As Fast

Pointing Fingers Or Fixing The Problem?

I know we have a book come out every so often. we have a discussion every so often about retaining members. But when you have a system where you barely tell people what they are getting into when you dunk them…and then leave them to fend for themselves….What do we expect?

What do we expect when church growth is measured in terms of membership transfer and tithe increase (based largely in membership transfer)? Certainly growth is happening, don’t get me wrong, but much of our growth (not all…but much of it) is simply based in where a particular members will consume her or his religious entertainment. The mega churches are growing because they got the best show in town.

But more than that, what is very interesting to me is how quickly we want to jump on “good news.” I mean we were giddy about this. One Facebook friend said “this is surely a sign of the end” as he forwarded this article. We know what it looks like in our particular congregation. We know how the growth looks. We know that 15 of the 20 baptisms in the last evangelistic meeting were gone before they could warm the pew. And yet we jumped at this. “we are important…we are significant…God is using us.”

Growth is fine…but for many of us, We don’t keep our converts. they leave.

I realize this is anecdotal. I hope I am wrong. But, I see baptismal numbers all the time. I see growth numbers all the time. But at the end of the day. where are all these people because they sure ain’t at church? Now some of you will give the exception to the rule. Some of you will condemn me for saying it. That’s fine. I hear you. But maybe we need to stop yelling amen about how well we are doing and come to terms with the facts that our growth is going out the same door they came in on. Spectrum Magazine Blog has a discussion of this topic at this link.