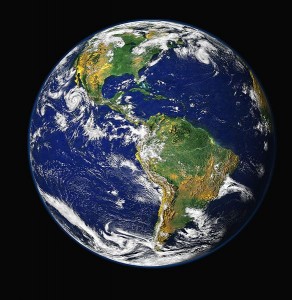 Over the last few weeks a theme has been coming up more and more, at least to me.Â  That is the idea of Adventists having a vested interest in things getting worse.Â  Therefore, they overemphasize “bad” things and underemphasize “good” things.Â  For example, when we find out that the crime rate may have gone down in a particular region, we hear nothing of it, but when we find out that particular storms are on the rise, they find themselves in our sermons and writings.

Interestingly, the last economic crash that began last year had even official Adventist websites and the like predicting that this was the very end, we were told that this was the end of everything.Â  Let alone the non-official sources that stated with certaintly that this crash was the begining of the very end of time.

And then when things blow over, we hear nothing from these prophets of doom.Â  I can remember one woman who told me that before Y2K the government was soon going to shut down the borders between the states.Â  We had to get out now!Â  Then when such far fetched news turned out to be false, she said nothing, but she did have another prediction about the government that she would tell anyone who would listen.

This kind of thing makes us all have “end of the world” fatigue and just give up on the whole thing.Â  Our ignorant rantings about what we know not and then our silence whenÂ  our illogical and incorrect predictions turn out to be false has created a culture where we either don’t care about the end or we are addicted to the charge of the next big thing.

What is of great interest to me, is how these predictions and prophets often lose track of the Big Picture.Â  We lose track of the Great Controversy and God’s quest to right all wrongs when we focus on these supposed end time events.Â Â  Many lose sight of who predicted what when we bounce from supposed end time events to other ones.Â  We sometimes end up quoting those who hate while we set aside the books that we say we believe.Â  To put it more bluntly, some of us end up reading anti-semetic sources who preach about a global economic plan by certain ethnic groups rather than the writings that have been placed in our hands, namely the Bible and the gift of Ellen White.

Perhaps it is time to get the big picture back.Â  Certainly there are indications that we are nearing the end, but every prediction by some crackpot is not such an indication.Â  Maybe if we kept the Big Picture we would be less likely to jump from false prediction to false prediction until we end up in an agnostic haze of wondering if the end really will come.